The chart below shows information about fuel used in transport sector in 6 EU countries, compared to the average. 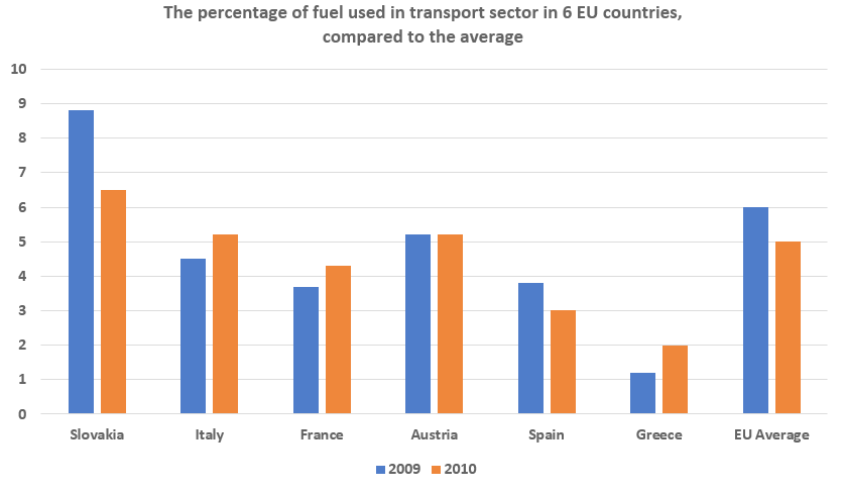 The provided bar chart illustrates the percentage of fuel used in transportation in six European nations, and compares with the European average in 2009 and 2010.

It is noticeable that Slovakia consistently consumed the most fuel in transport in the given years while the opposite was true for Greece. Also, the EU average use of fuel in 2010 was lower than that in 2009.

On the other hand, fuel consumption in Italy, France, and Greece witnessed an increase less than 1% in 2010. The proportions of fuel used in these countries were below EU average 2009, however, those of Italy and Austria surpassed the average, at 5.2% in 2010. Austria was the only country remaining the same figure of fuel at 5.2% in both years.