The charts below show the proportion of holidaymakers using four different types of accommodation in three different years. 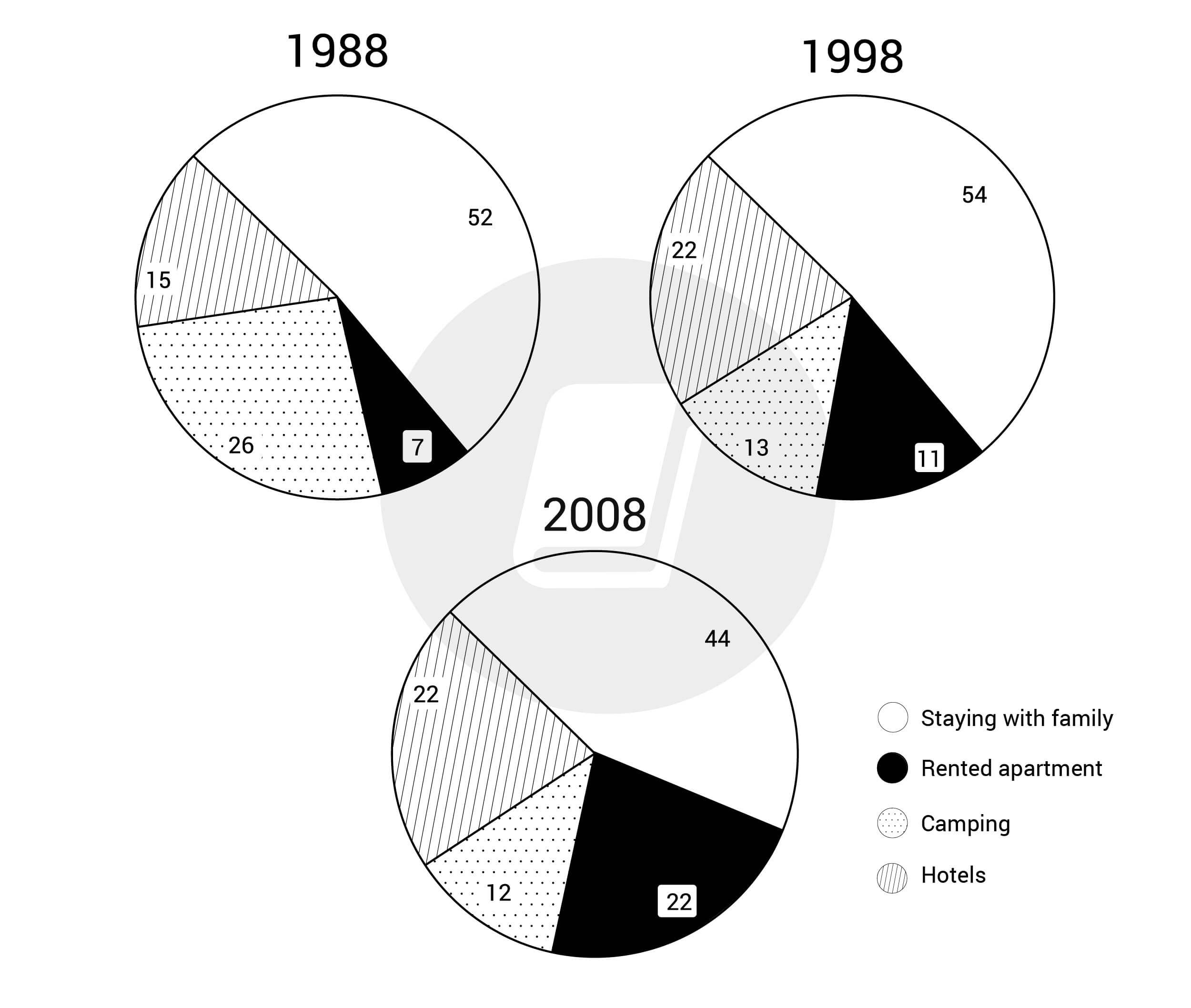 The provided charts illustrate the percentage of vacationers who chose different types of accommodation between 1988 and 2008.

It is noticeable that the proportion of holidaymakers staying at hotels and rented apartments experienced an upward trend while the opposite was true for the other types of accommodation. Also, the figures for staying with family were consistently highest over the given period.

In 1988, staying with family was the most popular choice among vacationists, at 52% while the converse held true for rented apartment, at only 7%. The percentage of holidaymakers choosing rented apartment increased significantly to 22% in 2008. By contrast, the figure for staying with family jumped slightly to 54% in 1998 before dropping to 44% at the end of the period.