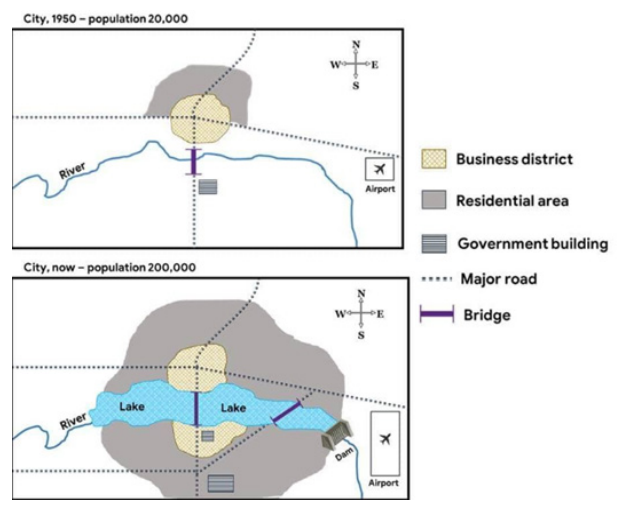 The provided maps illustrate the changes in a city between 1950 and present day.

It is noticeable that the city’s population and its residential area have increased significantly. Also, the south of the city witnessed a dramatic development with the introduction of a new bridge, a dam and major roads.

The number of inhabitants in the city now is 10 times as high as that in 1950 (20000 people) and its population is proportional to the size of the residential area. The business district and new road networks have been expanded to the south of the river to serve the growing population.

A new lake running from west to east has been built with a new bridge and a dam on the eastern side of the city. The airport remained at the same location, yet its size has remarkably increased. A new government building has been erected in the south while the old one has been reduced in size.