The charts show fresh fruit exports in 2010. Summarise the information by selecting and reporting the main features and make comparisons where relevant. 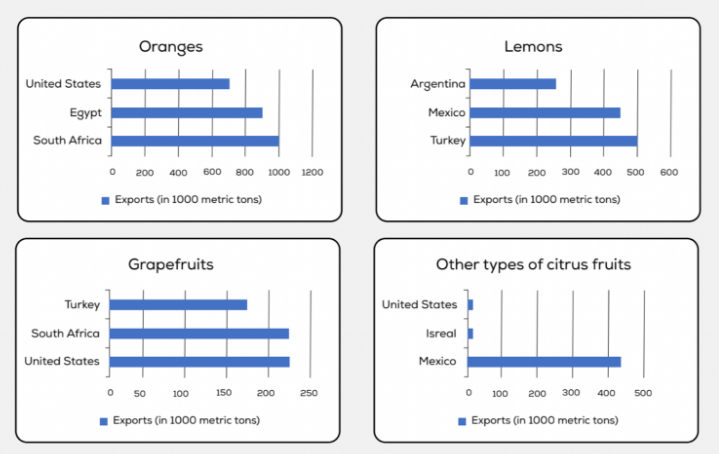 The provided charts illustrate data on exports of various types of fresh fruits in the year 2010.
It is noticeable that orange was the most exported fruit while the opposite was true for other kinds of citrus fruits. Also, Mexico was the country witnessing the largest export’s volume of other citrus fruits.

The biggest exporter of lemons in 2010 was Turkey, with half a million tons, which was twice as many of that from Argentina, at 250,000 tons. Mexico was the dominant exporter of other citrus fruits with 400,000 tons while the numbers for the United States and Israel were only 10,000 tons.