The bar chart illustrates the number of people in the UK eating more than 5 portions of vegetables and fish per day. Summarise the information by selecting and reporting the main features, and make comparisons where relevant. 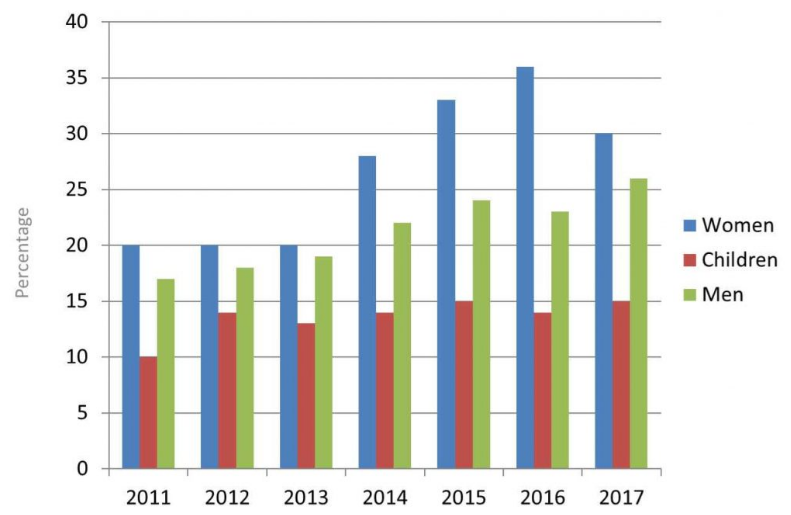 The provided bar chart illustrates the proportion of British people consuming more than 5 portions of vegetables and fish on a daily basis from 2011 to 2017.

It is noticeable that women were consistently the major consumers of those food while the opposite was true for children. Also, there was an increase in the percentages of women, men, and children over the period shown.

In 2011, 20% of women had more than 5 portions of vegetables and fish daily whereas the proportion for children was half as high, at 10%. The figure for women, which remained unchanged until 2013, increased sharply to 36% in 2016 before dropping to 30% in 2017. Meanwhile, the percentage for children witnessed an increase to 14% in 2012 and fluctuated slightly before reaching 15% in 2017.