The chart below gives information about car ownership in the UK from 1975 to 2005. 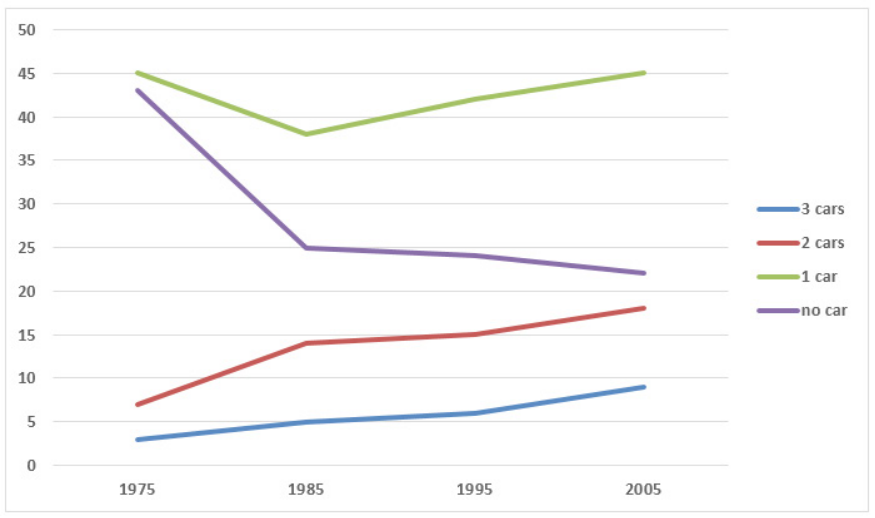 The provided line graph illustrates the changes in number of cars British people owned from 1995 to 2005.

It is noticeable that more people owned cars over the period shown. Additionally, the figure for people with 1 car was consistently highest while the opposite was true for people with 3 cars.

In 1975, 45% of people in UK owned a single car while the percentage of those with no car was 2% lower, at 43%. Over the following decade, these figures both decreased, with one-car ownership down to 38% and no-car ownership to 25%. While the proportion for British people owning 1 car steadily increased and reached its exact number in  1975 at 45%, the figure for people with no car gradually went down to only 22%.